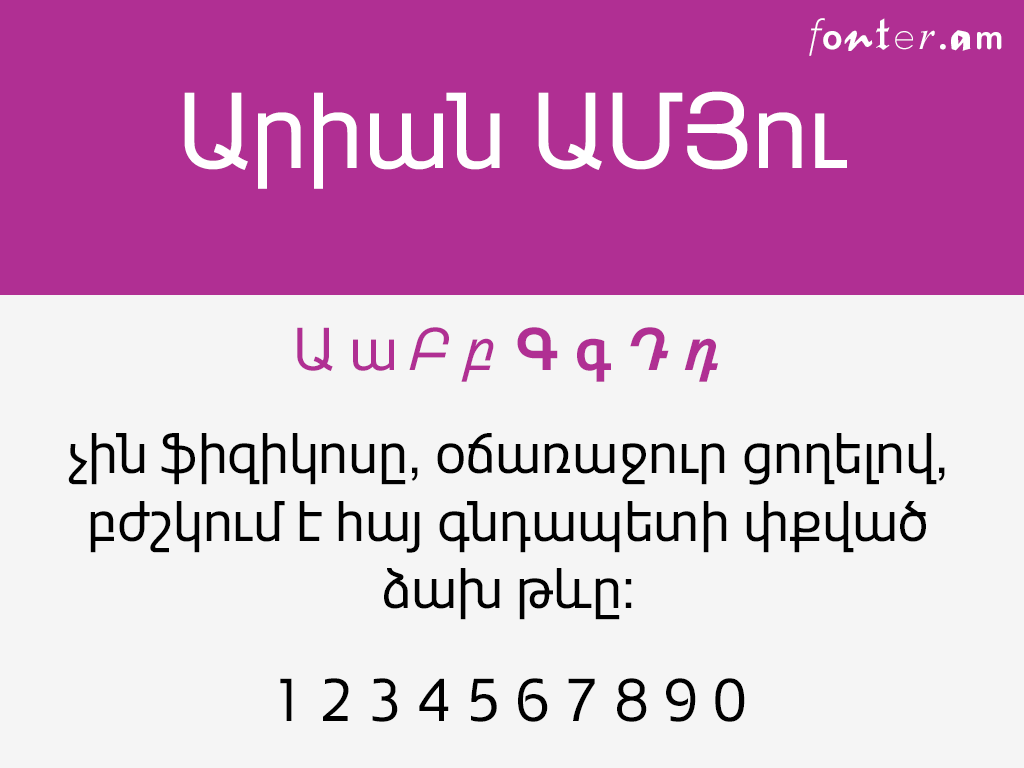 The Arian AMU font family was created by font maker Ruben Hakobyan (Tarumyan) to provide high-quality work in compiling multilingual writing. The presented new versions were implemented with the support of the ARGA Foundation.

In addition to Armenian, Arian AMU allows writing in all European languages ​​- Latin, Greek, and Cyrillic, as well as Georgian and Hebrew, thus covering almost all issues related to the languages ​​of the people of Armenia. In addition, it is presented in three stylistic groups: calligraphy, calligraphy, and unification, as well as two traditional fonts (book and Aramaic). The latter are intended especially for philological and artistic writings, which are traditionally presented in those fonts.

The use of the font is completely free. See "Permit Agreement".

This 2011 unicode Sans-serif font is available for Armenian and another 5 different keyboards in «Regular» & 1 other weight and 2 styles.

The font is free for commercial or personal use. 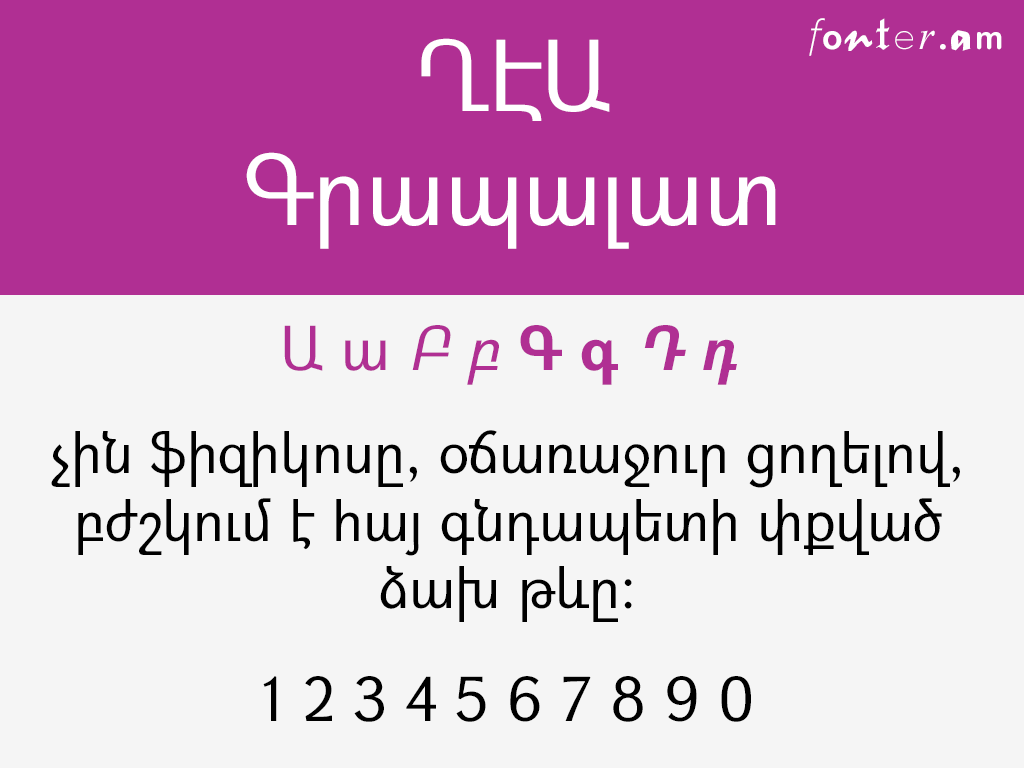 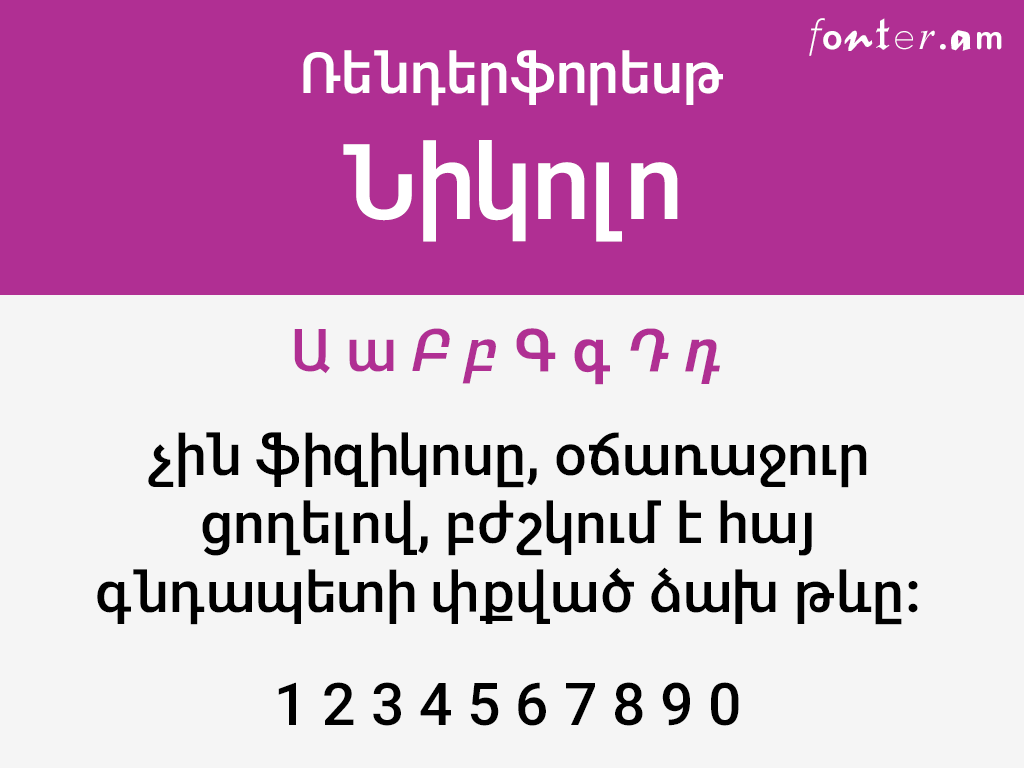 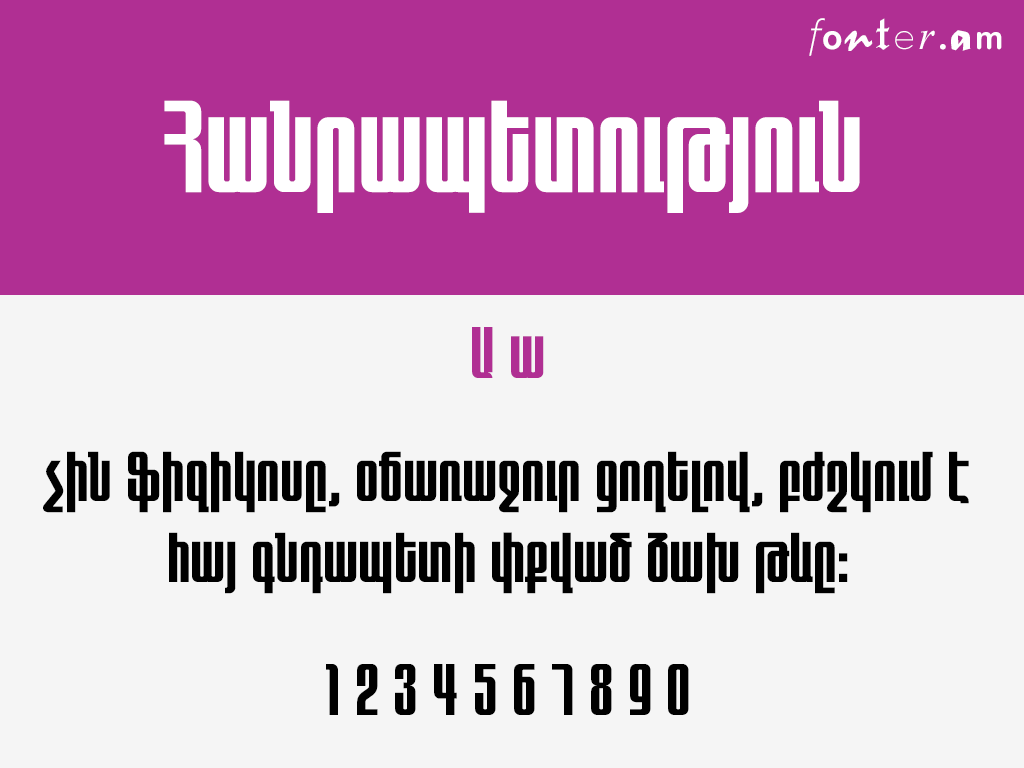 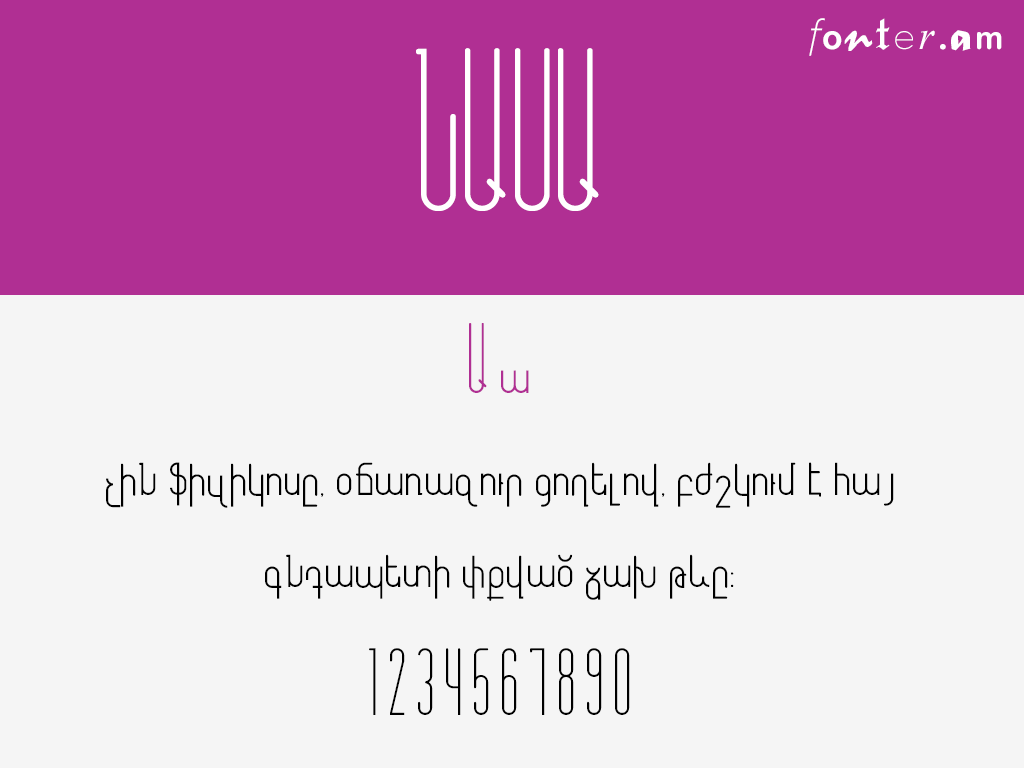 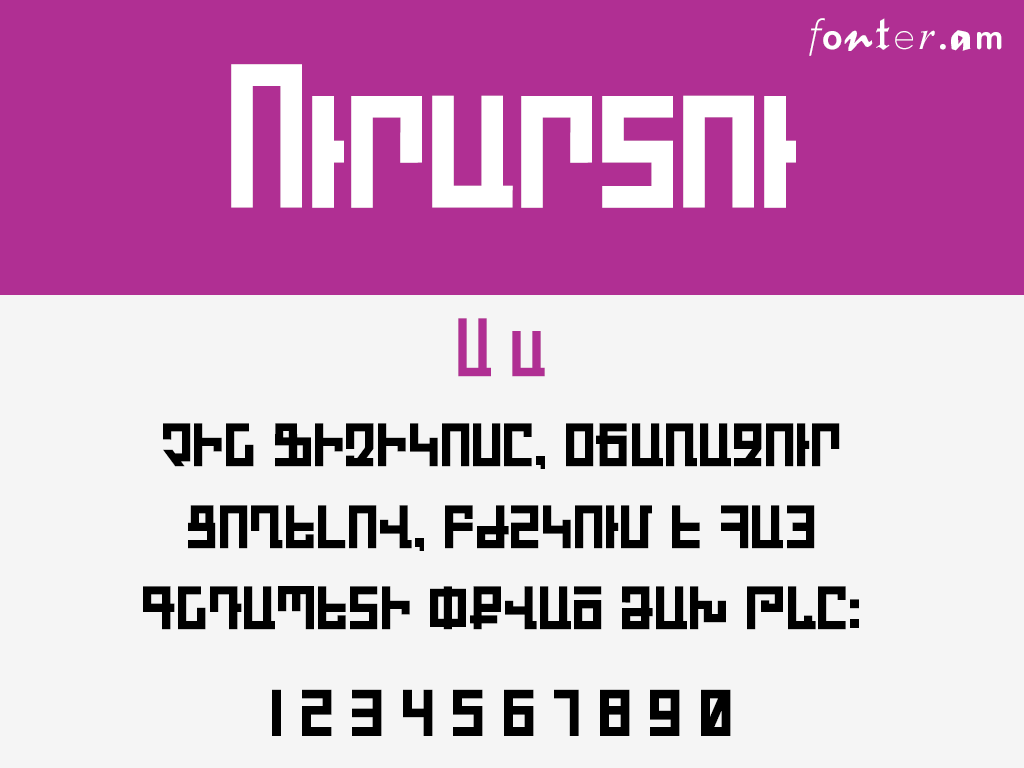 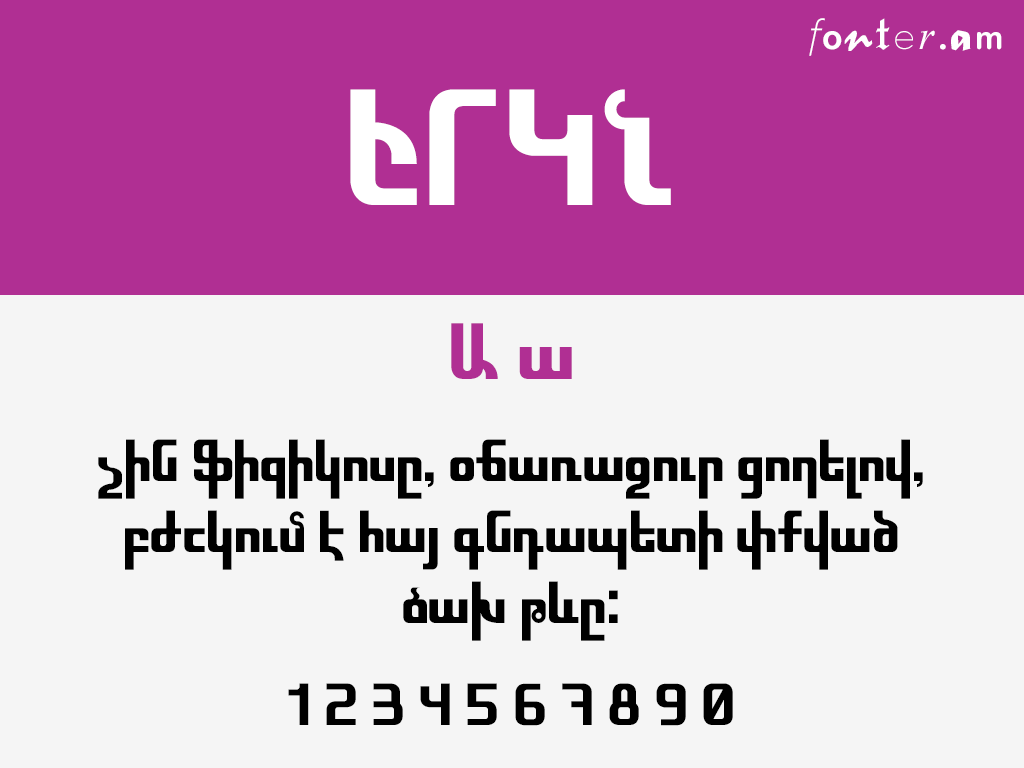 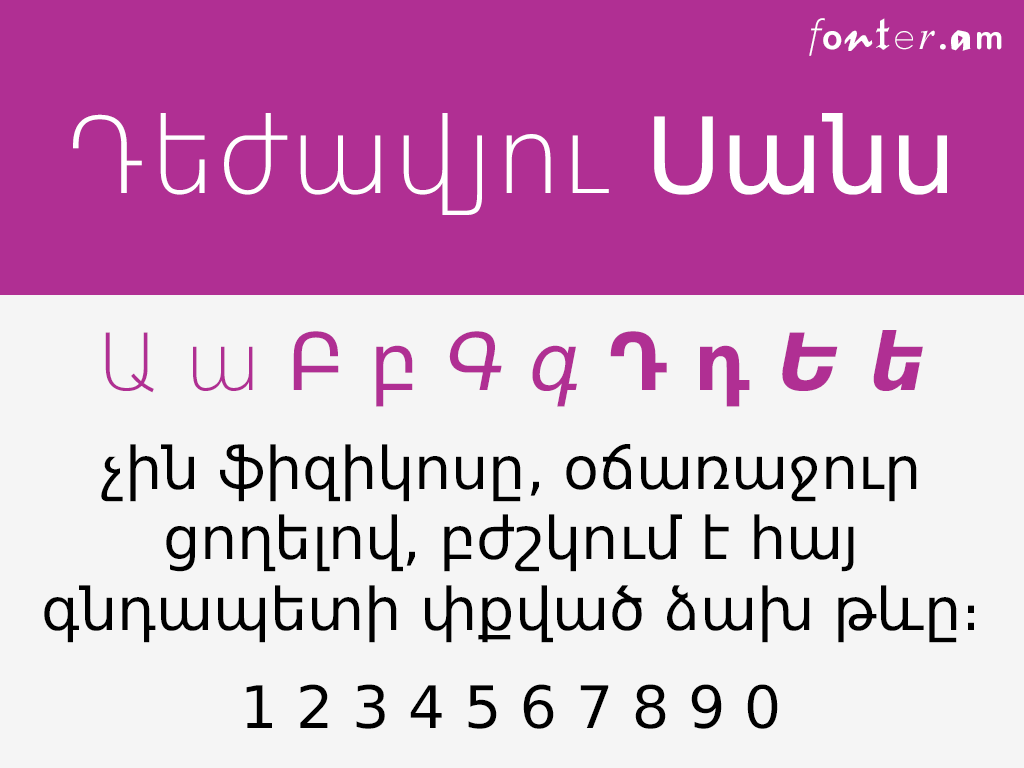 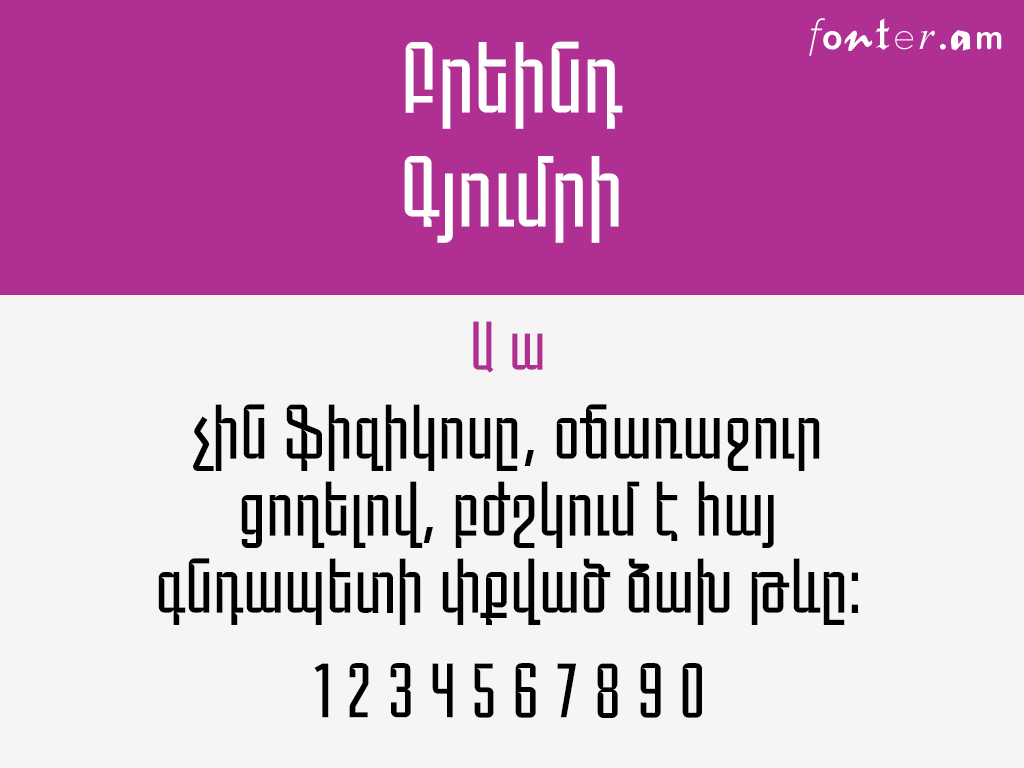 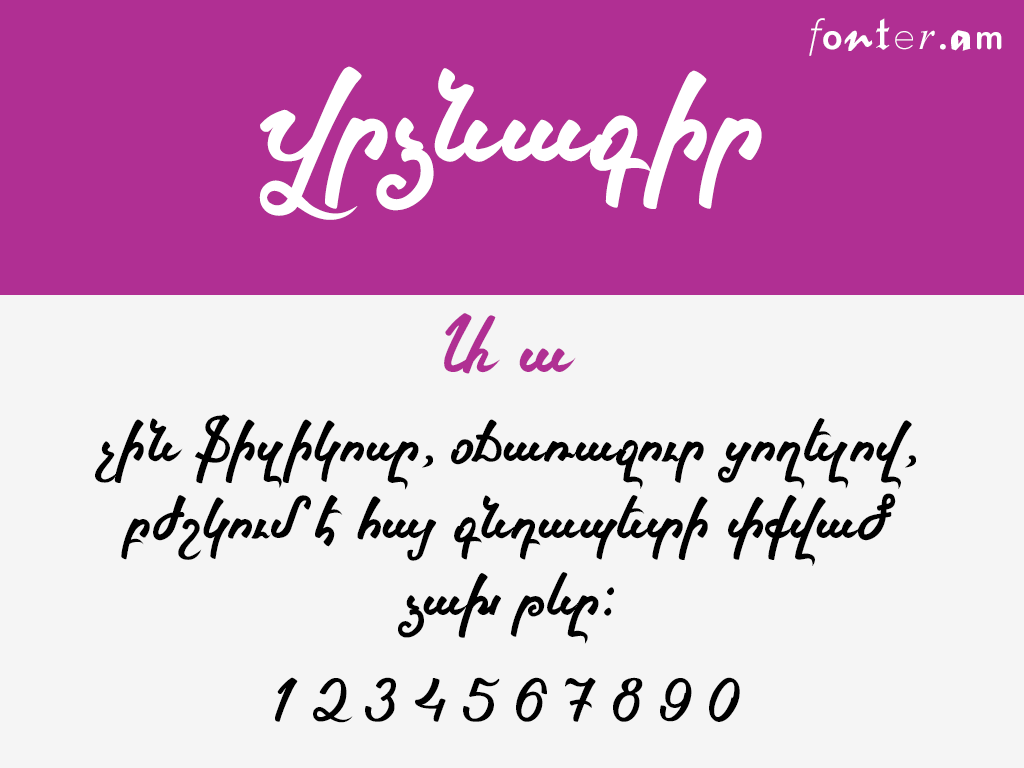 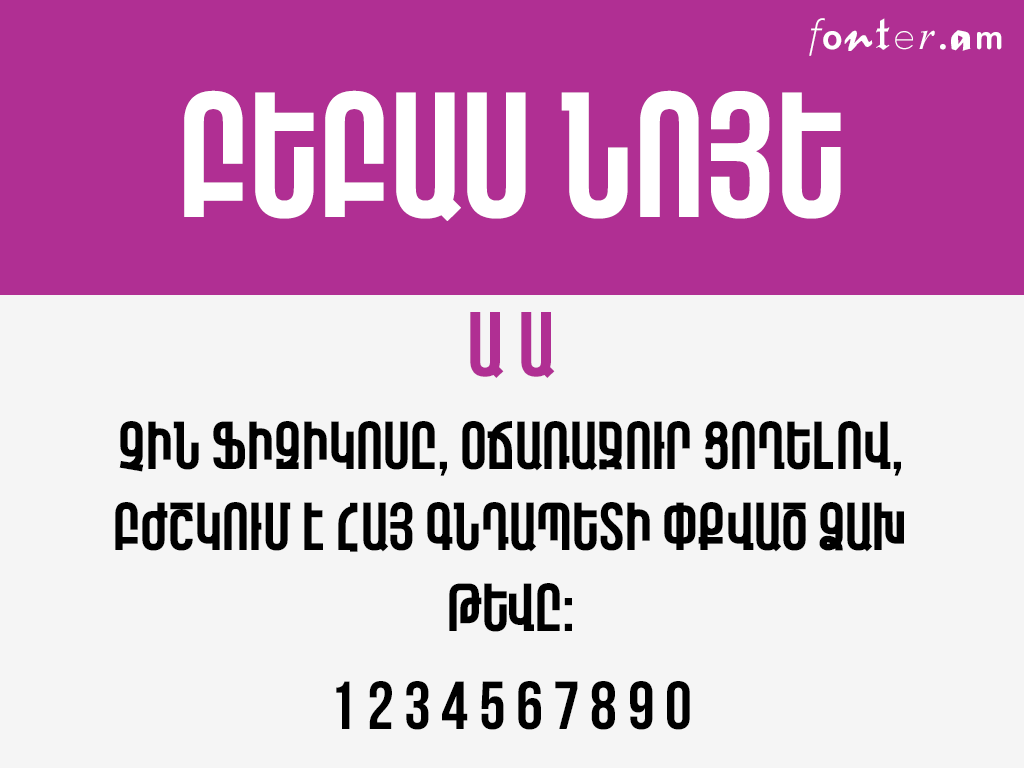 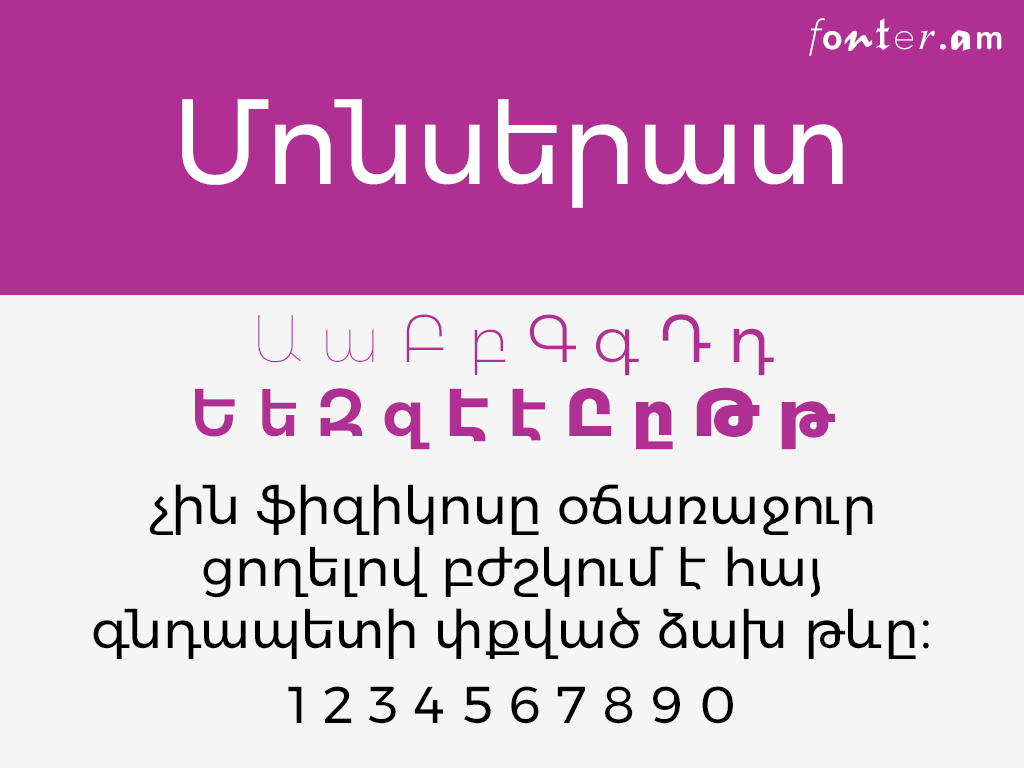 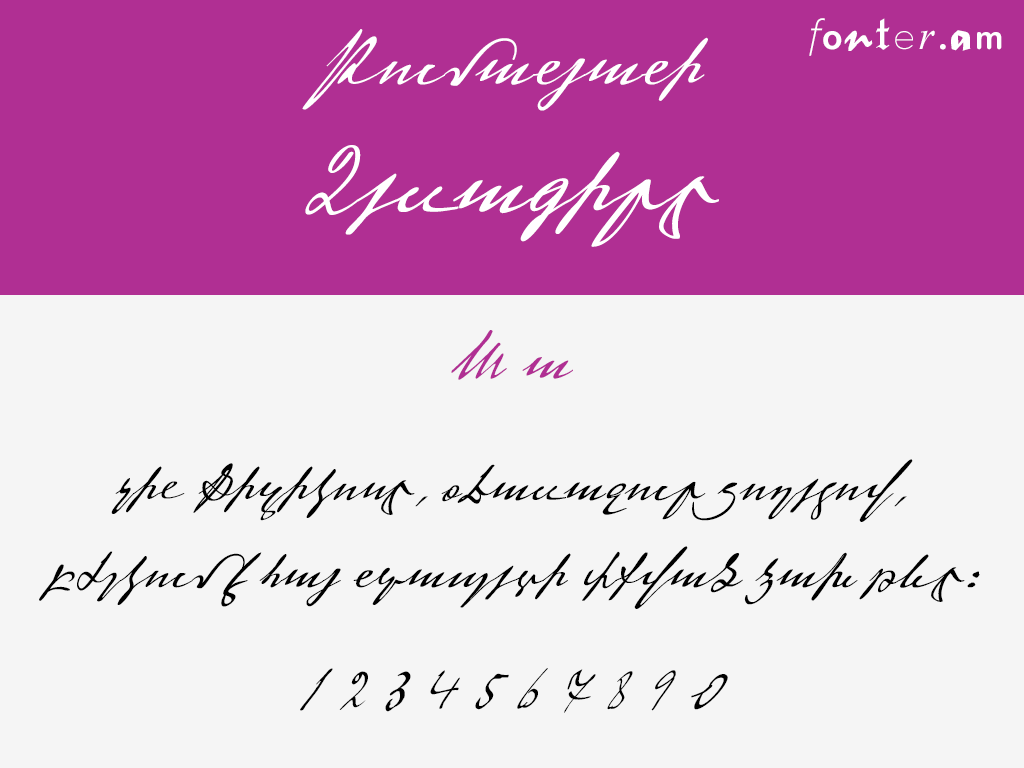 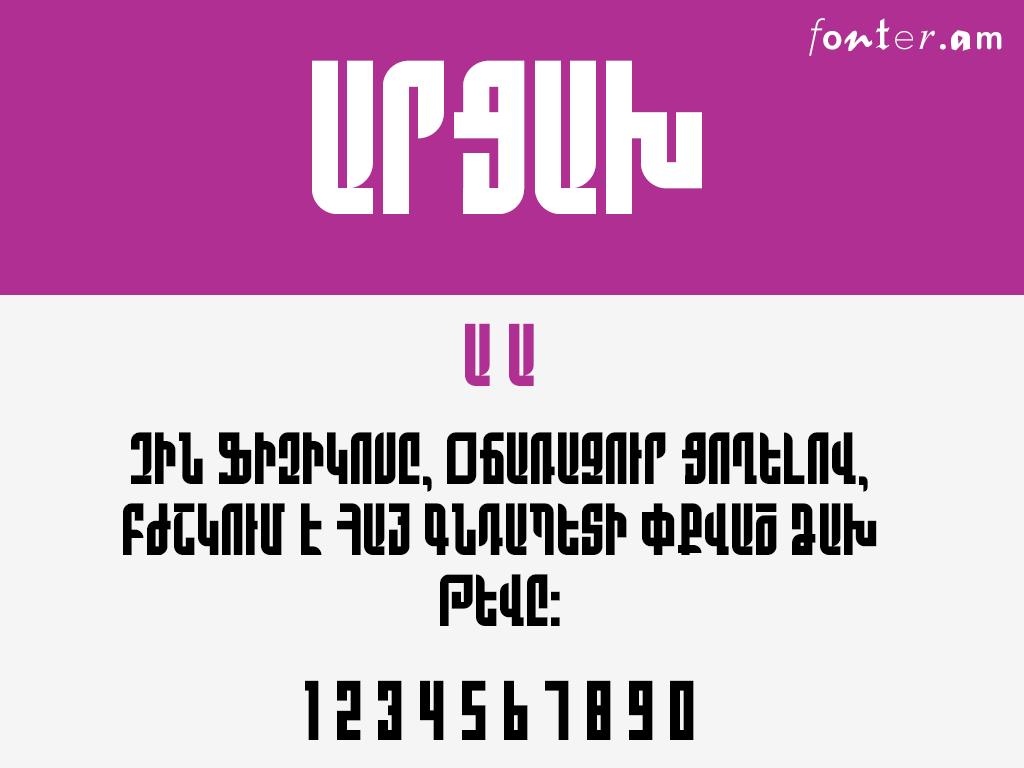 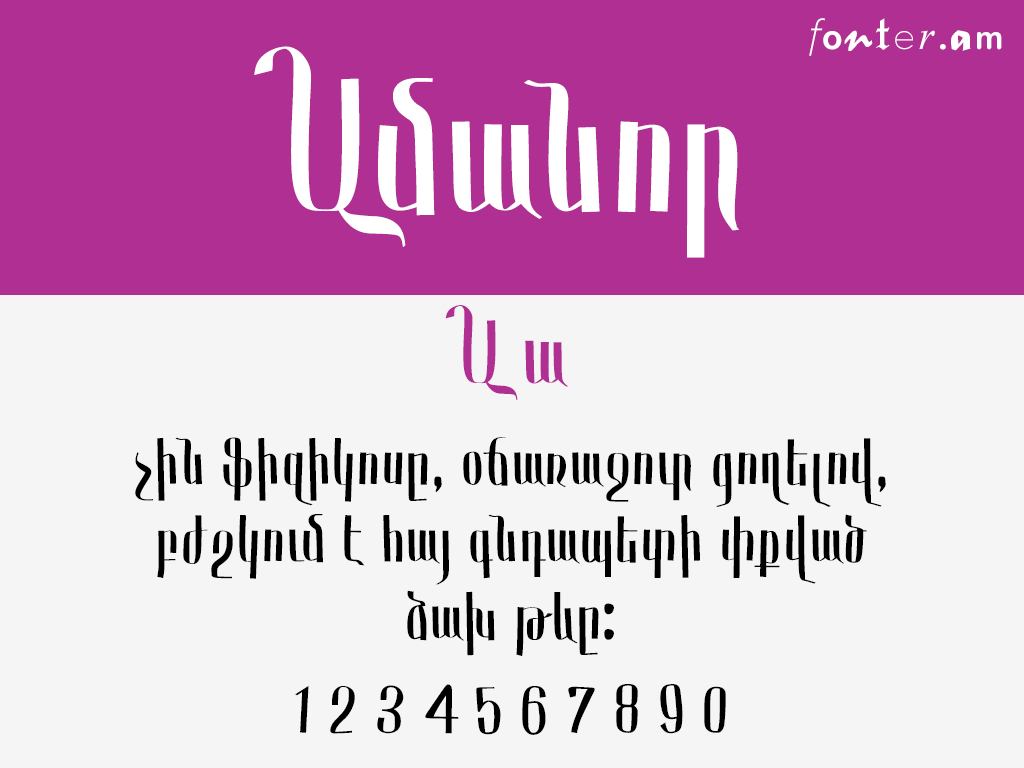